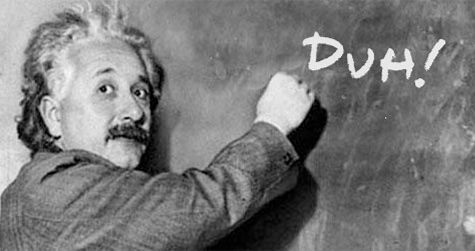 Critics of Apple, and in particular of Steve Jobs, often point to his arrogance, ego, stubbornness, and proprietary nature. They also frame the success of Apple as fleeting — a case of a closed, proprietary maverick versus the the rest of the open world where companies collaborate.

Here’s what they miss. The arrogant, stubborn, and proprietary creator has a master plan: the Apple ecosystem is wildly successful as a platform. It no longer matters whether it is “open” or “closed” — the network effect of the Apple platform wins, and is now driving the industry.

“The Power of the Platform at Apple” (by Steve Lohr, The New York Times) points out why this strategy is winning:

These days, Apple is a platform player, though it is taking a hybrid approach. It has courted outside partners and suppliers but has fairly strict rules for how applications look and behave in its devices… It all works better together, the company says, so a person’s second or third Apple product will make the first and second device more useful. The strategy is working so far.

There are many misguided opinions masquerading as facts among Apple’s critics, and most of them were laid out concisely in Netgear CEO Patrick Lo’s attack on Apple — see “Closed Apple headed for trouble as Jobs’s ego bites: Netgear CEO.” Here are some big ones:

1. Android is not an “open-source” platform — not entirely. Even though most of Android OS is open source, phones come packaged with closed-source Google applications for functionality such as the application store and GPS navigation — both of which are essential features of the Android ecosystem.

2. “Android … recently overtook iPhone in market share in the US.” This is misleading, comparing Android, an operating system for many different phones and from different carriers, to iOS running on an AT&T-only iPhone. The iPod touch and iPad were not included, and the Verizon iPhone, arriving this week, will most likely upset this balance of market share. Besides, market share is fleeting — only profit counts in the long term. And according to this report from Asymco’s Horace Dediu, the iPhone, with just 4.2 percent of the global mobile phone market, accounts for a massive 51 percent of the total profits.

3. Referring to the Android vs. Apple “open vs. closed” war, Lo said the industry had “seen this movie play several times,” pointing to the Betamax vs. VHS video format war. Huh? Neither were “open” in any sense of the word. For a concise description of this battle, see “The Betamax vs VHS Format War.” Lo may be indirectly referring to Apple’s rejecting apps from its App Store, but now Google is doing the same with Android Market (see “Has Google Begun Cleaning the Android Market? Do You Care?“).

4. Lo said Apple’s closed model only worked because, in many product categories like MP3 players, “they own the market.” Actually, this is paraphrasing the idea that Apple’s ecosystem approach is successful. But Lo implies that Apple somehow cheated. Apple won the MP3 market, it did not own it at first. There were many MP3 players and music services for at least a year after the iPod and iTunes were introduced. Zune and others didn’t survive, but that doesn’t mean Apple cheated.

5. Lo said “content providers such as the movie studios were very ‘wary’ of Jobs as the closed model of iTunes meant they were forced to pay a ‘ransom’ to Jobs for selling their content on the service.” Maybe they are wary, but music labels get a significant portion of their revenues from iTunes. Music labels seem to prefer iTunes to services like Spotify — see “Spotify Blames Apple For Difficulties Launching In The US” and “Spotify: iTunes, Labels Fear Us in the U.S.“.

6. “What’s the reason for him [Jobs] to trash Flash? There’s no reason other than ego.” Actually, Jobs listed quite a number of coherent reasons why Flash performs poorly on mobile devices. See “Thoughts on Flash” by Steve Jobs.

Buried in Lo’s attack is his acknowledgement of the success of Apple’s approach: “Consumers have also benefited [from Apple’s approach] because they get a consistent experience and products that are easier to use.”

So who is hurt by Apple’s stance? Competitors, mostly — and perhaps Netgear in particular. As consumers, do we really care? A plethora of choices may not further innovation at all. In a walk down any supermarket aisle you can see lots of branded choices that are essentially the same. I think most consumers could care less about “open” or “proprietary” — they care about innovation. And that’s why they choose Apple — the company has clearly led the industry by innovating the customer’s experience. This is what counts for consumers, and this is why Apple continues to dominate.