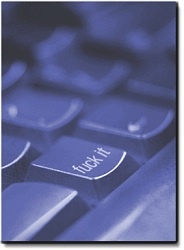 At a time when many writers, and especially technical writers, are suffering from unemployment, the industry is being led by the nose into faux controversies driven by business-oriented editors and bloggers seeking more traffic and offering less accuracy. They could use a few technical writers to set them straight – or Steve Jobs, the best tech writer in the industry.

First there was the Adobe Flash controversy. Then, antenna-gate.

Now we have location-gate. In all these cases, the headline writers got it wrong, and it took a response from Steve Jobs himself to set it right. Maybe they didn’t read the technical reports closely enough. But in their haste to bash Apple and garner traffic with bogus headlines, business editors aren’t paying enough attention to the technical writers who can not only test these theories but report on them far more accurately.

With location-gate, Jobs pointed out in an email to a customer that the info circulating around is false, and that not only does Apple not track its users, but Google Android in fact does track users. (Steve Jobs to customer via email: “We don’t track anyone.”) Indeed, Android has been shown to gather location information and report it back to Google on a daily basis.

Google points out that the location data is anonymous when Google receives it. However, the company is still tracking and then using the data.

Meanwhile, The Boston Herald, who at least read a technical report, points out that researchers emphasize that there’s no evidence that Apple itself has access to this data. The data apparently stays on the device itself, and computers the data is backed up to.

Tracking is a normal part of owning a cell phone. All the big high-tech companies, including Google, Twitter, Facebook, AT&T, and Verizon, as well as Apple, have recently added (or are on the verge of adding) location-centric services. (See PC World article.)

Most of this location tracking is voluntary. And much of the data gathering, like Apple’s with the iPhone, is done anonymously. The much-maligned tracking file is just a cache for location data, and the historical data probably isn’t being cleared due to a bug or an oversight.

One typical overreaction is Henry Blodget’s demand for an apology from Apple. it’s an example of some of the worst aspects of business journalism (if you can call it that). If you read the comments to his article, you find that most readers are smarter than he is. I bet many of them are tech writers.

If the news media, and now politicians, are capitalizing off these tech issues, the least they could do is hire a few competent tech writers to get it right the first time.