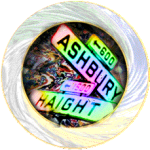 Today, young people flock to San Francisco from all over the planet. They do it to participate in creating a new world, to demonstrate their inventiveness, to learn from other like-minded entrepreneurs, to be a part of what is hip and stylish, and to rub shoulders with and breathe the same air as their heroes in high tech.

Fifty years ago, young people made a similar pilgrimage to San Francisco to participate in creating a new world. They demonstrated their inventiveness at building community. They learned from other like-minded entrepreneurs of the spirit. They became the hip and stylish. They rubbed shoulders with their heroes in rock music, pop art, the new journalism, and street theater.

The Summer of Love in San Francisco in 1967, centered in the Haight-Ashbury district, was far more influential than most people realize. The generations that followed it have taken for granted the social and political changes wrought during that pinnacle of the Sixties. The civil rights movement, the free speech movement, the ecology movement, the psychedelic movement, black power, women’s liberation, and gay liberation — all forged in the crucible of the Sixties — were the foundations for the social and political environment we live in today. As talk of revolution spreads after the recent presidential election, we are reminded of the last great revolution in this country, when the Sixties peace movement, fused with the summer of love generation, stopped the Vietnam war.

Today, we refer to a fun gathering as a love fest. We talk about being in a groove, or uptight, or burned out. We tune in to the media, and cool gadgets turn us on. We drop out of the rat race from time to time, but we can still pass the acid test. What a trip! All this terminology has its roots in the Summer of Love. Our ultra-casual dress in our high-tech offices — everything from headbands and blue jeans to caftans and sandals — echo the style and culture of the hippies.

The poet Allen Cohen, an organizer in the Haight during the Summer of Love, recalled that the movement was like “a children’s crusade that would save America and the world from the ravages of war…. Peace and love weren’t just slogans but states of mind and experiences that we were living and bearing witness to. Living in harmony with the earth was an ideal that we felt and perceived as real experience. We were bringing forth a second Renaissance that would change human culture.”

, documents how the Sixties experience with psychedelics played an early role in the development of high tech, including Englebart’s mouse. He describes the evolution as all of a piece: the drugs, the antiauthoritarianism, and the messianic belief that computing power should be spread throughout the land. “It is not a coincidence,” Markoff wrote, “that, during the Sixties and early Seventies, at the height of the protest against the war in Vietnam, the civil rights movement and widespread experimentation with psychedelic drugs, personal computing emerged from a handful of government- and corporate-funded laboratories, as well as from the work of a small group of hobbyists who were desperate to get their hands on computers they could personally control and decide to what uses they should be put.”

You can see the influences of the psychedelic experience of strobe lights and plasma light shows in the electronic mandalas of the emerging virtual experiences. Our notions of community involvement stem from the grassroots organizing of the Sixties, and led to experiments such as the Community Memory Project in Berkeley, the People’s Computer Company in Menlo Park, the first computer games, and Ted Nelson’s vision of hypertext which ultimately evolved into the World Wide Web.

You can chart the intellectual progress from the early Merry Prankster experiments with sound and multimedia, Stewart Brand’s Whole Earth Catalog (promising “access to tools” with a photo of the entire planet), and Charles Reich’s interview with Jerry Garcia, A Signpost to New Space, through Brand’s excellent Cybernetic Frontiers and Ted Nelson’s Computer Lib, to Timothy Leary’s writings in the Eighties, and the emergence of thousands of desktop-published ‘zines covering this new frontier such as Verbum, Mondo 2000, and Wired.

Would there have even been an Apple, a Microsoft, or a Google, if not for the cultural influences of the Summer of Love? “What would America be like,” mused Allen Cohen, “if we had somehow gone from the gray flannel Eisenhower-McCarthyite Fifties to the three piece suit Reagan Eighties without the interceding influence of the beat, hippie, civil rights, and anti-war movements? The result of such a time warp probably would have been a direct line, without much resistance, to fascism or even holocaust.”

. “I came of age at a magical time,” said Jobs, quoted by Isaacson. “Our consciousness was raised by Zen, and also by LSD…. Taking LSD was a profound experience, one of the most important things in my life. LSD shows you that there’s another side to the coin, and you can’t remember it when it wears off, but you know it. It reinforced my sense of what was important — creating great things instead of making money, putting things back into the stream of history and of human consciousness as much as I could.”

A ripple in still water

The Summer of Love was a pivotal moment in the emergence of true compassion for other human beings, inspiring future generations to work on improving all of our lives. “The beat and hippie movements brought the values and experiences of an anarchistic, artistic subculture, and a secret and ancient tradition of transcendental and esoteric knowledge and experience, into the mainstream of cultural awareness,” explained Allen Cohen. “It stimulated breakthroughs in every field from computer science to psychology, and gave us back a sense of being the originators of our lives and social forms, instead of hapless robot receptors of a dull and determined conformity.”

During the summer of 2017, we will gather in the San Francisco Bay Area to celebrate the 50th anniversary of the Summer of Love. We hope to bring together people from all the intervening generations to savor this rare moment in human history, the ultimate pivot from the close-minded industrial age to the open-minded, self-aware, and enlightened information age. Join us for this memorable event.

And be sure to wear a flower in your hair.