(Listening to: Think For Yourself by the Beatles) 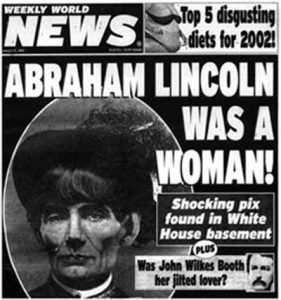 The recent uproar over the abuse of Facebook in politics is misdirected. While the company needs to fix its problems with third parties like Cambridge Analytica and other bad actors, the real issue is a kind of mass ignorance.

Facebook is not the cause of the erosion of democracy in this country, nor did it undermine the presidential election of 2016. Had the Democrats enlisted a powerful company like Cambridge Analytica, Hillary Clinton might have won. And our country would be no closer to fixing the real problem.

Delete Facebook and something else will take its place. Ironically, those who are deleting Facebook are using Facebook to announce their decision. Facebook has been called a cesspool, and yet I’m casting into this cesspool with this article to stimulate thought and action.

Most of the criticism about Facebook implies that its users were all duped. Facebook defenders say people are just too damn gullible.

Neither is completely true. Many intelligent people, especially those of a certain age (like myself), are mindful of history and wary of volunteering personal information. We don’t have time for lifestyle questionnaires. We don’t fill our Facebook profiles with nutty philosophies and pictures of ourselves holding automatic weapons. We aren’t bait for the trolls who work for mind-spammers like Cambridge Analytica.

We understand that targeted marketing is a fact of life. So are data breaches. Bombarded as we all are by misleading ads, scams, and fake news, somehow we can tell the difference. Many of us are avid readers and have learned to treat news videos and headlines as light entertainment. We don’t settle for conspiracy videos and we don’t read the obscure news stories our backwoods cousins post in fits of rage. We harbor a healthy skepticism about everything.

How did we get to such a state of grace, in the onslaught of the noxious stupidity that has overthrown intelligence in politics, entertainment, news, you name it? Our bullshit detectors were forged in our youth, in our well-rounded, liberal arts education. The more we absorb culture, and the more empathy we have towards humans of other cultures, the more we spread a sense of reasonableness about the entire world — and when something falls outside of the realm of reason, we reject it as false.

We must fix stupid

Comedian Ron White does a comic bit about how you should never marry for looks alone. Beauty problems can be fixed, but… “You can’t fix stupid. There’s not a pill you can take; there’s not a class you can go to. Stupid is forever.”

I hope not. We need to fight the gullible nature of humans to believe most of what we see and hear. We need to know more about tribalism so that we can understand why people accept hypocrisy among their own. And most importantly, we need to take a long view of education — like the way we think about global warming. The U.S. is now last in the list of the top 20 countries in education — both China and Russia are ahead of us. The next generation may not have a sustainable planet, but why would it matter if their minds are melting from ignorance? A well-rounded education is just as important as a well-cared-for planet.

We should all take a cue from the high-schoolers who are marching for gun control: keep at it. Don’t falter. These students are demonstrating that they know the difference between hard truth and NRA bullshit. We should all demonstrate for better education, and work to get rid of our horribly ignorant Education Secretary DeVos. Progress is slow but inexorable. We need to arm each new generation with history and common sense.

I’m not going to delete Facebook; I’m going to use it to fight back against fake news and misguided opinions.