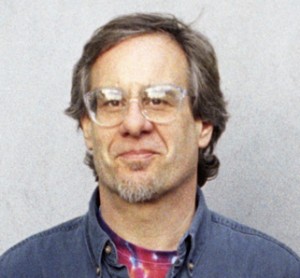 Tony Bove has written more than two dozen books on technology and is currently a specialized training consultant for a mammoth software company.

“Just Say No to Microsoft is one of the most interesting overviews of modern desktop computing history that’s ever been written… possibly a watershed event.” — John Dvorak (for more reviews, see Reviews).

Tony offers consulting and freelance writing services to develop or improve corporate and product messaging, branding, and communications strategies. Clients have included Adobe, BEA/Oracle, Citrix, FileMaker, Google, McAfee, SumTotal Systems, and Sun. “Tony Bove is a technologist and writer who ‘gets it’ and possesses the business savvy to make a real difference in an organization.” (Product Manager at Adobe)

Tony also founded Desktop Publishing/Publish magazine and the Inside Report on New Media newsletter, and he wrote the weekly Macintosh column for Computer Currents for a decade, as well as articles and columns for a variety of publications including NeXTWORLD, the Chicago Tribune Sunday Technology Section, Macintosh Today, the Prodigy online network, and NewMedia (see Resume).

“I’ve come to think of him as the Isaac Asimov of tech publishing. His writing is always clever, engaging, clear, and solid. Tony is one of the best there is at explaining technology to the general public. He also has an enviable record in spotting the trends before they are trends. His early writing on desktop publishing helped launch the field, and his bestselling books on Adobe Illustrator and Macromedia Director were all first of their kind.” — Michael Swaine, Editor, PragPub

Tracing the personal computer revolution back to the 1960s counterculture, Tony produced a CD-ROM interactive “rockumentary” in 1996, Haight-Ashbury in the Sixties — “An unflinching, nonjudgmental chronicle” (Wired), “Inspires then and now connections, fulfilling any historical work’s highest calling” (S.F. Examiner), “Truly greater than the sum of its parts” (N.Y. Post). He also developed the Rockument music site with commentary and podcasts focused on rock music history.

As a founding member of the Flying Other Brothers, which toured professionally for a decade and released three commercial CDs (52-Week High, San Francisco Sounds, and Estimated Charges), Tony performed with Hall of Fame rock musicians.

Tony’s blog is a balancing act, writing about everything from innovation to his favorite music. “No doubt about it, I’m addicted to innovation. I try to separate the real innovation from the merely ordinary and identify new, important trends in personal technology — whatever’s new. I write mostly about the technology that I use. I switch my roles of road warrior, music producer, computer industry gadfly, rock music historian, multimedia aggregator, would-be novelist, and harmonica player at any given hour of any day.”

In addition, over the last few decades Tony produced the following: