↓
Home Menu ↓
Skip to primary content
Skip to secondary content
Home→Beatles→No More Money for Nothing, No More Chicks for Free

A band’s annual royalties from a well-known streaming music service.

On the eve of the San Francisco MusicTech Summit conference (one of the more interesting conferences of the year), I took another look at the music business and the ways that musicians can make a living. It’s not a pretty picture.

I applaud the myriad ways that technology has unleashed the creative spark in people to create music. With millions of musicians plying the planet waves, there’s an awful lot of good music out there, some of it great. While many of us pay for and download the albums by artists we know about, the most popular method of exploring this universe of unfamiliar music is through streaming services like Pandora and Spotify — either free (with ads), or by paying a low premium equivalent to buying an album each month.

The problem is that royalty rates from streaming services are low. A recent New York Times article (“As Music Streaming Grows, Royalties Slow to a Trickle“) called some attention to this fact. Spotify, for example, pays 0.5 to 0.7 cent a stream (or $5,000 to $7,000 per million plays) for its paid tier, and as much as 90 percent less for its free tier. By comparison, a typical artist may earn 7 to 10 cents on a 99-cent download, after deducting amounts for the retailer, the record company, and the songwriter.

The key to increasing these royalty streams is for the artist to write the songs and be the record company. The key to increasing exposure while also earning a living as a musician is to play live. “No artist will be able to survive to be professionals except those who have a significant live business, and that’s very few,” said Hartwig Masuch, chief executive of BMG Rights Management, in the New York Times piece.

Between the artist and the consumer are businesses making significantly more revenue than the artist. With new technology disrupting old-style businesses in almost every other sector, what will it take for distribution technologies to close this gap? Rock bands knew about songwriting and having their own record labels way back in the dinosaur age. Bob Dylan decided he was a “folk” too and could write his own songs, and proceeded to graft new lyrics onto old folk tunes. The Beatles eventually became their own record company (Apple Records), the Rolling Stones started their own label, and many others sought to close the gap between the artist and the consumer.

I know bands that not only book their own live shows and handle their own publicity and social media connections, but also rent out venues themselves and charge admission. Some bands put on their own festivals. But it’s a hard road, requiring business sense that artists are not known for having.

Nevertheless, the current wisdom is for artists to make use of these streaming services to get their music out there. The worry for successful acts is that streaming services cannibalize paid downloads and CD sales, and until there are enough streaming subscribers, they will lose potential revenue. History may be repeating itself, though. When the CD was first introduced, royalty rates were lower for CDs than for vinyl records. It took a while for CDs to become mainstream and replace vinyl for the royalty rates to rise.

And so, the rumbling distribution side of the music industry lurches on, overdue for a disruption and still blocking the lanes of progress. 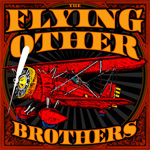